The 1952 Trial and Execution of William Fiori, New Zealand 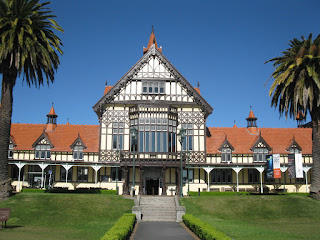 Several years ago I wrote a blog about the murder of some family members, John and Maria Gabolinscy in December 1951. I had never looked further than their murder other than knowing the perpetrator was hanged for his crime. I thought I would look into the trial through the newspapers as the records about the deeds are restricted within the New Zealand Archives. New Zealand online newspapers only went as far as 1950 through Paperspast. For further information, I would have to access newspapers through Trove within Australia of all places. The Australian news did actually follow the trial of William Fiori as it happened in New Zealand. Please note that I am using the names in the newspapers as printed even though they might be known by other names. To prevent arguments about variations of the names, I will be using what has been stated as their names on official death certificates especially John Arthur Gabolinscy even though he might be known as Jack Arthur and John Robert. The original blog about the murder I wrote in 2011 is included in the sources

In the early hours of the 19th of December 1951, John Arthur (Jack) Gabolinscy and Eveleen Maria (Maria) Gabolinscy were shot to death in their bed after William Geovanni Fiori entered their house in Minginui to steal the payroll for the local mill that John had collected earlier the day before. The value of the payroll was £1,163 that went missing from the home. John had been the manager of the local timber mill in the town. The thief and murderer would escape the scene in Gabolinscy’s truck before dumping it half a mile down the road.[1] William Geovanni Silveo Fiori and employee at the same mill would with his wife travel to Rotorua that morning to buy a vehicle and other items using the money he had stolen. William would later be arrested in Otrohunga around the 20th of December.[2]
On the 24th of January the courthouse where the murder trial was being heard. The courthouse was packed with onlookers who couldn’t get a good visual of Fiori, who was handcuffed to an officer. That day they had only heard from 16 of the 36 witnesses.[3] There were mob scenes in Rotorua when William Fiori had to attend court at the Rotorua Police Court on the 25th of January 1952. People were talking about lynching the man and the mother of Marie stated she wanted to kill the beast (William). In court the murderer pleaded not guilty to the charges and the case would be set for trial in the Hamilton Supreme Count the next month.[4] The police had claimed during the murder trial they have saved William Fiori from the Lynch law from the public feelings after the murder of the Gabolinscy’s when he was in Rotorua, but he might be hanged by the government instead.[5]

At the Hamilton Supreme Court on the 14th of Feb 1952, police alleged Fiori had confessed to the murder. Fiori’s lawyer pointed out that Fiori did not have the intelligence and was easily led by his wife.[6] During the trial it was found that William owed people money in the town of Minginui and did not want to disappoint his wife, so stole the money. During the trial it took the jury, 42 minutes to find him guilty.[7] During this period New Zealand had reintroduced capital punishment, which did not work in William Fiori’s favour. Capital punishment had been abolished by the Labour Government in 1936 and reintroduced by the National Government in November 1950. Punishment could have gone either way and he might have gotten life in prison.[8] Capital punishment would again be abolished when Labour came into power in 1957. Fiori was the first of eight killers who were executed in seven years of National government.[9]

On the 13th of March 1952, William Giovanni Silveo Fiori was secretly hanged at the Mount Eden jail in Auckland. The government kept the details of the event secret until after the man had been hanged. Fiori would be the first man to be hanged in New Zealand in 17 years.[10] An opinion piece published in September 1952 writes about William Fiori being of sub intelligence and the writer is against the use of the death penalty. The article almost says that William Fiori could have been mentally handicapped, that is the word usage from the time period. The rest of the article will be in the bibliography and footnotes.[11]

June Fiori the wife of William was found guilty on the 7th of May for theft in the Hamilton Supreme Court.[12] June was sentenced to four years hard labour for receiving money knowing it had been dishonestly obtained on the 23rd of May.[13] She claimed to have burnt the money when she learnt how her husband had obtained it and learning about the murders.[14]

Tangaroa G33K
I love following my family history to see where the trail leads me and is enhanced by the study that I do at university of a Bachelor degree in history. My area of study is New Zealand as that is where most of my family begins. I work in retail and also volunteer with the local marine rescue organisation aw boat crew and have been there nearly 15 years. I do like to travel, although I have spent more time exploring New Zealand than any other country. Brad